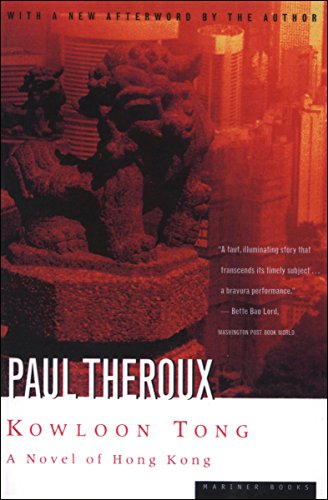 In this âmoody thriller,â a family business is targeted for takeover as control of Hong Kong shifts from the British to the Chinese (The New York Times).
Â
Ninety-nine years of colonial rule are ending as the British prepare to hand over Hong Kong to China. Betty Mullard and her son, Bunt, have lived here for years, mostly keeping apart from their foreign surroundings, except for some indulgence in the local food, or in Buntâs case, the local girls. The handover is not a concern for themâuntil the mysterious Mr. Hung from the mainland offers them a large sum for their family business.
Â
They refuse. But they fail to realize that Mr. Hung is unlike the other Chinese people theyâve known: he will accept no refusals. When a young female employee whom Bunt has been dating vanishes, he is forced to make important decisions for the first time in his lifeâbut his good intentions are pitted against the will of Mr. Hung, and the threat of the ultimate betrayal.
Â
âA compact, provocative gem of a novelâ (The Boston Globe), from an award-winning author acclaimed for both his fiction and his travel memoirsâincluding Deep South, The Great Railway Bazaar, and The Mosquito CoastâKowloon Tong was praised by Bette Bao Lord in The Washington Post Book World as âa taut, illuminating story that transcends its timely subject.â